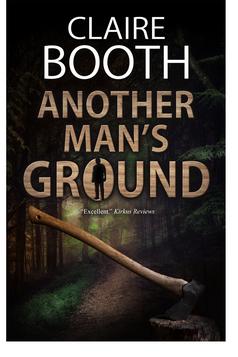 It starts out as an interesting little theft case. Branson, Missouri’s new Sheriff Hank Worth is called out to look at stands of trees that have been stripped of their bark, which the property owner had planned to harvest for the booming herbal supplement market. At first, Hank easily balances the demands of the investigation with his fledging political career. He was appointed several months earlier to the vacant sheriff position, but he needs to win the fast-approaching election in order to keep his job. He thinks the campaign will go well, as long as he’s able to keep secret the fact that a group of undocumented immigrants – hired to cut down the stripped trees – have fled into the forest and he’s deliberately not looking for them.

But then the discovery of a murder victim deep in the Ozark backwoods sets him in the middle of a generations-old feud that explodes into danger not only for him, but also for the immigrants, his deputies, and his family. He must rush to find a murderer before election day, and protect the vulnerable in Branson County, where politicking is hell and trespassing can get you killed.

In her next novel featuring Sheriff Hank Worth, acclaimed author Claire Booth delivers a taut, witty mystery that will grip readers from the opening pages to the breathless conclusion.

"An original and defty crafted novel by a true master of the genre ... very highly recommended"

"The second in Booth's regional crime series is both an excellent police procedural and a surprisingly humorous look at politics and family feuds."

"(An) appealing sequel . . . Booth's affectionate treatment of the decent and shrewd people of Branson and Worth makes this a series worth following."