Reviews for A Deadly Turn

"She gives readers the third in the series and what I think is her best book yet...With... an emotional backdrop, Booth presents a complex police procedural that takes many unexpected detours ... the ending pretty much guarantees that readers will return for the next book."
- Bolo Books 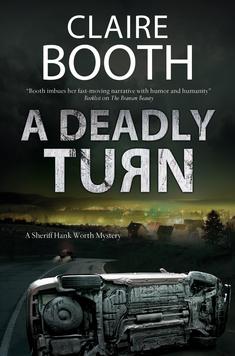 Hank Worth thinks he’s performed a good deed when he pulls over the car of six teens caught speeding on a Saturday night and lets them off with a warning and instructions to go home. When he responds to an urgent call minutes later, he realizes he made a fatal error of judgement – every teen is dead. Struggling to come to terms with his role in the crash, Hank begins to suspect foul play. While notifying the parents of the children involved, his suspicions grow when an unidentified body is discovered in one of their homes and a teenage girl is found after apparently attempting to commit suicide. Hank believes the incidents are connected, but those around him disagree. Is Hank right, or is his guilt making him search for answers where there are none?