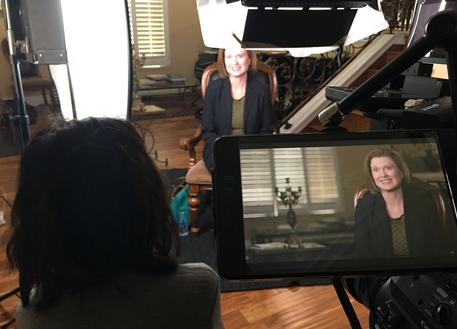 Stay tuned for the day and times of my panel appearance!

See where else I've been!

I talk about the Helzer case for this series produced by a French Canadian company. It's my first foray into international TV!

"Deadly Disciples," Wicked Attraction, ID Network
This Investigation Discovery television show interviewed me regarding the Helzer murder case, focusing on the relationship Taylor Helzer had with his two followers.

"Children of Thunder," True Crime With Aphrodite Jones, ID Network
My interview with this Investigation Discovery show involved describing Taylor Helzer's crimes and putting them into context for viewers.

Dangerous Threesomes, BIO Channel
In this pilot for a BIO Channel television series, I discussed the Helzer case in terms of both the criminals and the victims.

Check your local listings for the correct channel numbers and air dates in your area.

True Crime Tuesday on Darkness Radio
I discussed my book, The False Prophet, with host Dave Schrader. We talked about how Taylor Helzer convinced two others to follow him and participate in a scheme to extort money from elderly people and then kill them in order to cover their tracks.